India – Management of the commons affects investments in private lands

Mandla district in the state of Madhya Pradesh is one of the poorest in India. Two thirds of the population live below the poverty line, subsisting on less than 30 rupees per day – about the cost of a loaf of bread in a local market. In some villages up to 80% of the population depend on community-managed land to meet their livelihood needs. A large proportion of these common lands is degraded or under threat of degradation. Across the state of Madhya Pradesh, about 12% of the land area is degraded. Losses caused by land degradation are estimated at about 20% of agricultural production.

The main forms of land degradation are water erosion and deforestation. A further form of land degradation affecting the district of Mandla is encroachment by invasive species such as Lantana camara, also known as wild sage. Water is a major factor in the management of common land. Water management structures, like wells and channels, are usually built on common land. Their maintenance is, however, one of the greatest problems in Mandla, as community-based organisations often lack the capacity to efficiently and equitably manage them. This affects the success of investments in soil and water conservation on private fields.

Efforts to restore and protect common lands are complicated by the competing demands of forest conservation and rural economic development. The protection of forest areas like Kanha National Park is at times prioritized over the livelihood needs of people. Many local people use the forest and bordering areas to collect wood, honey and plants, or to graze their cattle. However, these common resources are often poorly managed or neglected due to unclear jurisdiction of government institutions and conflicts between villages. Common lands close to forest areas have tended to be ignored by initiatives to protect soil and water resources, such as watershed management programs.

The Programme for Soil Protection and Rehabilitation for Food Security, part of the One World – No Hunger initiative funded by the German government and implemented by the German development agency GIZ, aims to support the management of common resources. 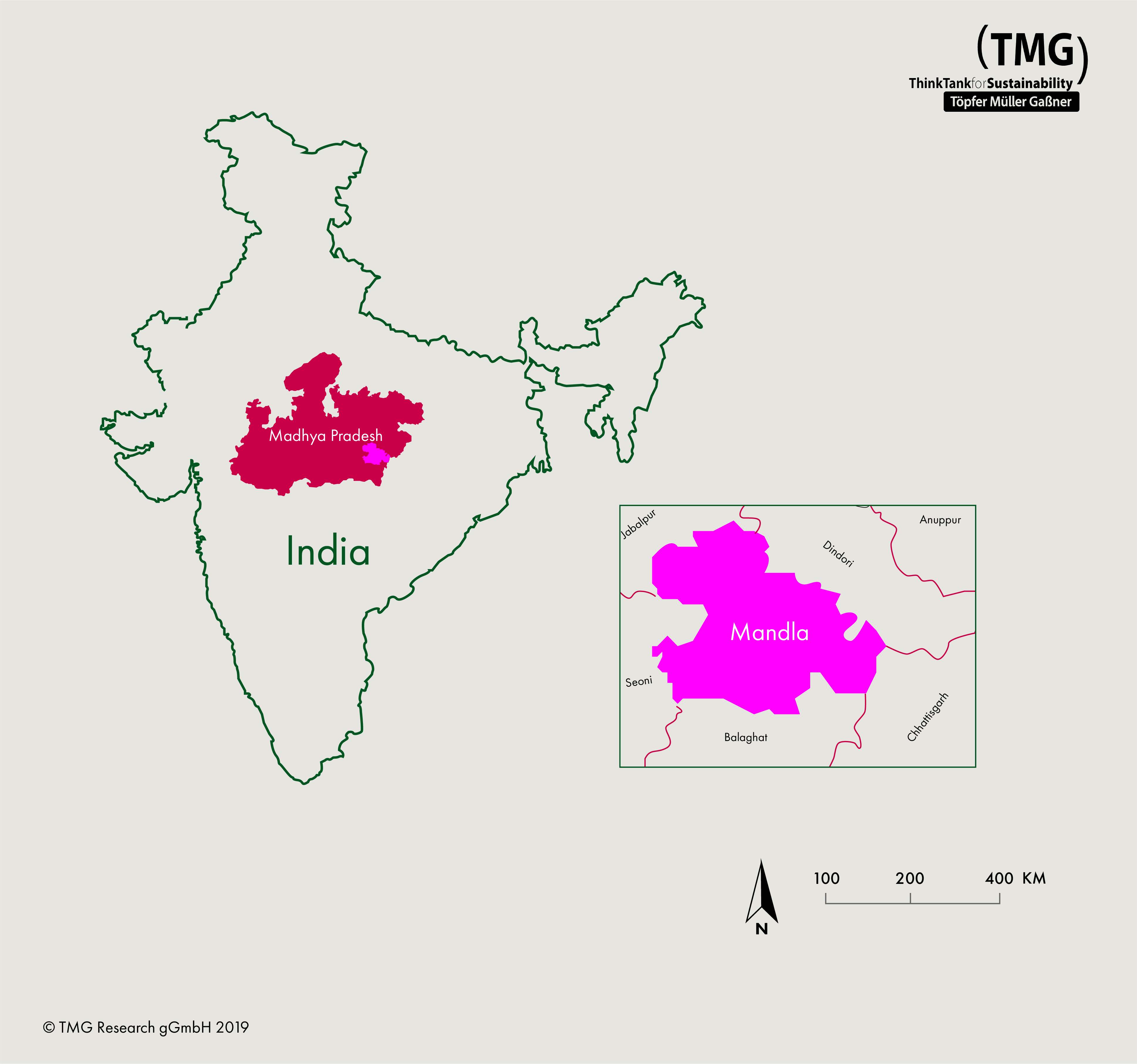 How management of the commons affects sustainable land management

Supporting village-level institutions for better commons management
TMG Research and the civil society organisation Foundation for Ecological Security (FES) worked together in a transdisciplinary research process to identify barriers to sustainable land management (SLM) in Mandla. They established that linkages between the management of common land and SLM on private fields are crucial in halting degradation on both common and private land. To support a transition to more sustainable agriculture and natural resource management in Mandla, more attention must be given to the role of village-level organisations. They hold the key to commons governance, as they are responsible for developing rules for use of commons and can organize processes for recognition of rights to access and use of land.

FES has been working with communities in Mandla for more than a decade to support rural development and nature conservation. As a key implementing partner for the “Soil Protection and Rehabilitation for Food Security” programme, FES worked with communities to restore degraded lands. FES facilitated a multi-stakeholder dialogue as part of an action research model in Mandla.